Calculating The ROI Of A Windows 2012 Server Upgrade

We are now down to a month to go before Microsoft shuts off Windows Server 2003 forever. There are many options on the market, and those who want to stay with Microsoft can upgrade to 2008 or 2012 R2 by Microsoft’s July 14th deadline.

For IT professionals still sitting on the fence and have yet to consider upgrading, there’s no better time than now to explore what needs to be done. We wrote a few blog posts back in April and May looking at the new features of Windows Server 2012 R2 and how someone can facilitate a successful upgrade.

On the other hand, if the reluctance to upgrade has to do with money, it’s been shown that a Windows Server 2012 R2 has the capability to provide organizations with a 270% return on investment (ROI) according to a Total Economic Impact (TEI) study conducted by research firm Forrester. In the report, business leaders mentioned that switching to Windows Server 2012 R2 helped reduce overall costs, streamline storage, and deliver better services to customers and employees.

The question however still remains – what exactly constitutes Windows Server 2012 R2 ROI? According to Forrester, its smarter cloud optimization, security enhancements, and business optimization. In today’s blog post, we’ll explore each element and see how they contribute to such a rewarding ROI and why the modern company should consider an upgrade.

We know about the cost savings that cloud brings, and Windows Server 2012 R2 has built-in virtualization, which is satisfying for the bottom line. The portability and flexibility gives administrators the ability to decide who has access and who doesn’t, while maintaining balanced workloads and a constant flow of data, no matter if the cloud is public, private, or hybrid.

Security is top of mind in technology news as of late, and an upgrade to Windows Server 2012 is not without such considerations. With the upgrade, users can have peace of mind with secure data and administrators can feel confident that their server will follow service level agreements (SLAs) to a tee. Additionally, employees will be connected to each other and can access internal websites without fear of getting hacked while Workplace Join allows for registration of personal devices, giving an organization a leg up on their bring your own device (BYOD) and mobile device management (MDM) strategies.

Networking has evolved a long way from 2003, so Windows Server 2012 took care of that and introduced capabilities for software-defined networking (SDN), like the ability to control traffic in a granular way. Coupled with BYOD and MDM implementations, employees can work remotely and business can move forward even more consistently than before.

What’s next for you?

With the deadline to upgrade just a month away, don’t leave your employees or your business behind. The benefits of upgrading from Windows 2003 to Windows Server 2012 R2 don’t only make technology sense, but prepare you for the future ahead in networking, mobile and cloud. 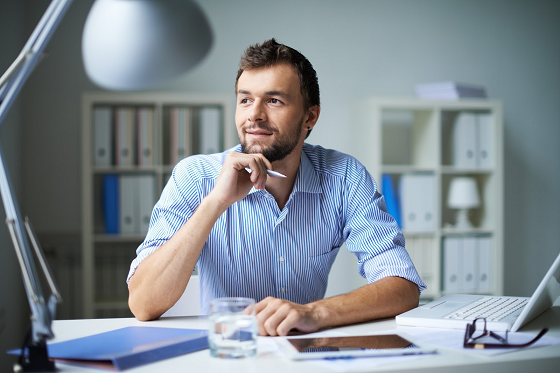 How To Choose The Best VPS For Your Small Business

Selecting a web hosting provider was difficult back when the web was new. Nowadays with so many services and review websites, finding a provider is easier than ever. However, many of these reviews only cover shared hosting services, which is just a small slice of the web development pie. For those who want to explore how a virtual private server, or VPS server, can help, reviews are more difficult to come by.

You might be asking, what is a VPS server? A VPS server is a virtualized server which mimics a dedicated server within a shared hosting environment. It’s different from dedicated and shared hosting because it optimizes for high traffic, quickens recovery times in case of a crash or security breach, provides more opportunity to customize server applications, as well as dedicated resources so you can utilize everything you need for your website at any given time without worry that someone else needs it to.

The next question you might be asking is how to find good VPS hosting, especially with reviews far and few in between. In today’s blog post, we’ll look at four key characteristics to look for when choosing a VPS for your business.

END_OF_DOCUMENT_TOKEN_TO_BE_REPLACED 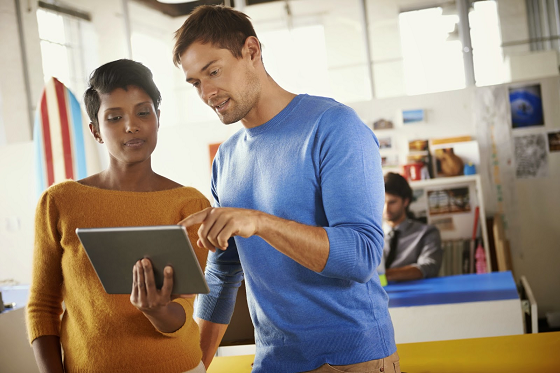 While our last few blog posts have focused on process and the how-to, we haven’t quite yet spent time on what exactly IT professionals will experience once they see the transition. After all, new technology makes us excited like kids on Christmas morning, and if you’re reading this, you probably feel the same way. In this blog post, we’ll look at the top 5 new features in Windows Server 2012 that you can look forward to once you make the transition. We think you should sit down because it’s a pretty exciting list of items.

END_OF_DOCUMENT_TOKEN_TO_BE_REPLACED

Windows 2003 Server End Of Support: Why You Should Upgrade

As an IT professional, you may be aware that Windows 2003 Server, released 12 years ago, will see extended support come to an end on July 14, 2015.

Windows 2003 Server has been a great product for Microsoft and was the successor to Windows 2000 Server. For IT professionals, the platform gave plenty of future-focused features like Distributed File Systems (DFS), support for storage area networks (SAN), virtual disc services like network attached storage (NAS), and RAID (multiple disk drives placed together at once), which increased the capabilities of systems and allowed more storage space.

However, upgrading from Windows 2003 Server is absolutely imperative for you and your customers. Without upgrading, the cost of managing workloads will become more expensive, email accounts will become at-risk for security breaches, computers and software will become vulnerable to malicious attacks, and outdated software will present compliance issues.

Not to worry though – just because Windows 2003 Server is going away, it does not mean that the features, abilities, and versatility of the platform are leaving. Replacing the system will be Windows Server 2008, Server 2008 R2, and Server 2012. As technologies improve, the reason for upgrading is quite clear, and in this blog post we’ll address a few key reasons for why you should upgrade.

END_OF_DOCUMENT_TOKEN_TO_BE_REPLACED

Unless you have been hiding under a rock for the past year, there is the likelihood that you’ve read about a security breach. The concept of cyber security, barely a blip in prior years, exploded on the news front in 2014, and the New York Times wrote more than 700 articles detailing such issues — up five times from the year before. You may have heard of some of them, as they included some of the biggest brands like PF Chang’s, Anthem Blue Cross,Apple, and perhaps the biggest one of them all – Sony – who saw the leak of everything from movie scripts to internal memos, as well as threats from the hackers themselves who wanted to see the cancellation of the North Korean comedy film The Interview.

Data breaches have become a part of our collective consciousness. As we and the products we use begin placing data in the cloud to save money and create ease of access, hackers foam at the mouth knowing that they have easy access to data. With cybersecurity technology still trying to catch up with the daily hacks, we live in the daily fear that our credit card numbers, healthcare information, and transaction history have all been seized by data-hungry thieves.

What have we learned from all these cybersecurity issues of the past year however? We dove into Verizon’s annual Data Breach Investigations Report to look at just how complex and crazy cyber threats have become. The numbers are a sobering realization as to just how fragile our technology can be.

END_OF_DOCUMENT_TOKEN_TO_BE_REPLACED

5 Reasons Why SMBs Should Use A VPS Solution

The cost of web development and management has declined greatly in recent years. Like we discussed in our previous post about the declining cost of domain names, the cost of running a server has declined as well. In the early days of the Internet, you had to purchase a physical server to host a website or incoming email. For a small business, having a physical server might be a good decision because everything is in one spot, but for those whose goals are to scale, purchasing a physical server may not be as good due to cost, management, and performance.

In recent years, we’ve seen the rise of virtualization and the implementation of Virtual Private Servers (VPS). A virtual private server is a virtual machine that can be used as an Internet hosting service and gives the end-user superuser-level access to a dedicated instance of an operating system.

Myhosting.com is also proud to offer a VPS solution for small businesses as well as they look for a way to manage their websites. If you’re a business owner looking to maximize your website dollars and do it all stress free, check out the five reasons a VPS is advantageous.