How SMBs Can Compete With Big Business 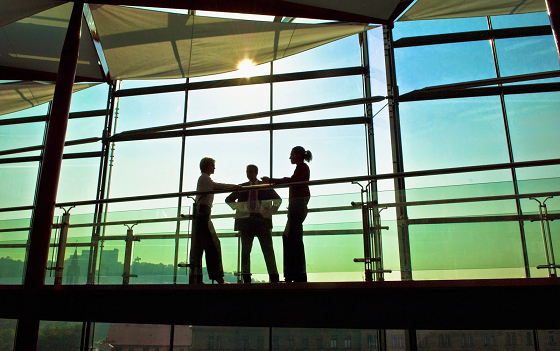 According to Gartner, the global Cloud SMB market average compound annual growth rate (CAGR) between 2013-2016 will average out to be about 26%. With small business as a whole growing 32% year over year, the opportunity for small businesses to thrive is bigger than ever as well as the ability to compete against multi-national giants.

You might be one of those small business owners reading this blog right now who wonders exactly how they can compete with large companies. After all, you may lack the PR, marketing, and financial muscle that large companies have enjoyed for years, and unlike them, aren’t able to launch a product with ease or create huge marketing traction. However, with the growing power of cloud and web technology being easier to obtain than ever, you too can be like a Fortune 500 – without taking on the weight and pressure of being one.

In today’s blog post, we’ll look at how SMBs can compete with large companies and thrive to become best-in-class. Stick around – we’ve got some pretty good nuggets for you.

As a small business owner you might have noticed lately that large companies aren’t exactly thriving. Companies like eBay, Symantec, and HP have all announced or have split in the past few months to compete with the likes of their peers and small businesses. Executives have seen the need to become more agile in how they operate, much like small businesses have been for a long time now.

Another element of business that has knocked down the barriers to entry is social media. With small businesses, individuals, and large companies now on the same platform, an equal playing field has never been more possible. Though large companies still have the power to spend an immense amount of ad dollars on social, sometimes the best equalizer is content, and anyone with a creative mind can easily compete.

In a lot of ways, small businesses have access to the same applications that large companies have. You don’t necessarily need the latest and greatest newfangled webinar tool or the need to rent out a large event space in order to have your point heard either. MyHosting.com, for example, has many different small business tools that come attached with our services that can make a small business run alongside a large one. For example, MightyCall Receptionist is a piece of cloud software that allows for the setting up of a dedicated phone number and automated concierge similar to those of large companies.

Finally, the biggest advantage to come along in the last few years for small businesses is the arrival of cloud. What makes cloud such a force to be reckoned with between small businesses and large companies is the low cost of doing business, centralization of IT assets, and the ability to do business anywhere, anytime. Where large companies have to contend with assets like real estate, small businesses only need to worry about an Internet connection in some cases and can work from anywhere globally as it suits them, since the cloud presents a unique collaboration advantage not seen before in the way we work.

Do you have any thoughts on how small businesses can compete with large companies in addition to the thoughts we provided above? Share yours in the comments below!

How To Get The Most Our Of Your Yammer Account The popularity of social collaboration tools is rising in many companies. According to research firm Gartner, 50% of large organizations will have int...
5 Reasons Why SMBs Should Use A VPS Solution The cost of web development and management has declined greatly in recent years. Like we discussed in our previous post about the declining cost of do...
10 Features Of A Successful Modern Website Web development and the Internet have come an extremely long way. 20 years ago, a domain name went for 50 dollars a year. Since then, prices have fall...
Five Ways To Get The Most Out Of Skype For Small B... For many of us, Skype is the communications software platform that brought video chat into the mainstream and allowed us to keep in touch with family ...